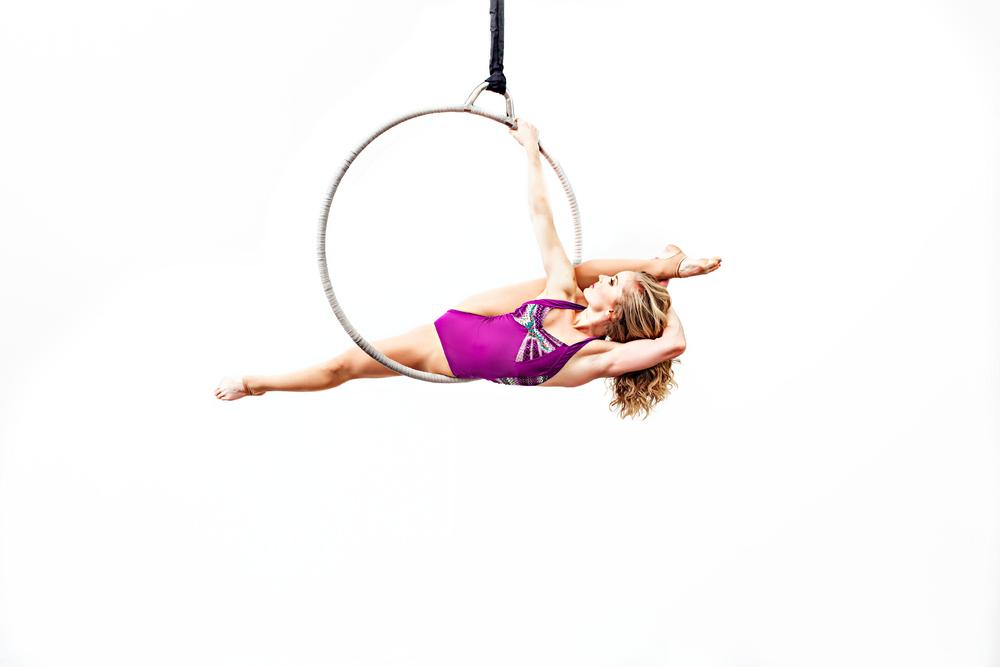 Meredith’s love for acrobatics and the desire to expand her art led to her training as an aerialist. She performs on a variety of apparatuses including tissu (silks), hammock, lyra (hoop), spanset, bungee, doubles, harness/wire work, and custom apparatus.  Some of her aerial credits include: L’effleur des Sens cabaret show, Honda, American Idol, and countless corporate events and industrials.  In addition to being a dancer, Meredith was the aerial captain on Taylor Swift’s Speak Now World Tour.

Meredith has further expanded her circus skills and performs on Sky Poles (aka sway poles) and adagio/acrobalancing. Additionally, she is an avid yogi and offers private aerial coaching. Meredith is also thrilled to be an adjunct professor at Studio School, a private arts university in Los Angeles.

Forever growing and learning, Meredith continues to tell stories with endless modes of expression. She is always excited to discover where her artistic journey will lead to next.